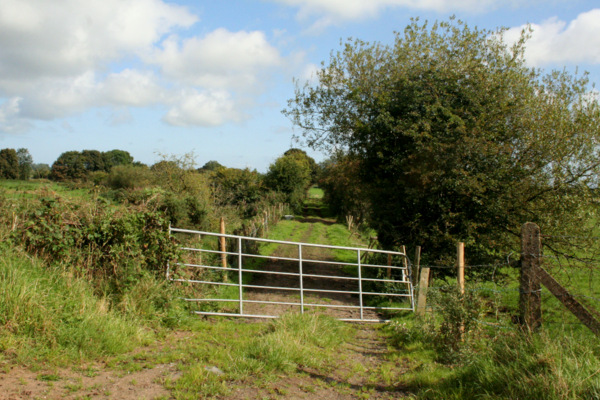 I want to highlight the possibility of reusing Northern Ireland’s former railway lines as recreation space. This would be based on the Comber Greenway model, turning a disused railway line into a quality walking and cycling path. There are approximately 600 miles of former railway lying mostly dormant across Northern Ireland. The vast majority remains undeveloped. Some sections have been turned over to agricultural use, some limited industrial development has grown up around former railway stations, and some residential houses have been built at road intersections. From information I’ve read on the history of the Ulster Transport Authority, land was sold to farmers and locals during the closing of the railways in the 50’s and 60’s, but I’m not sure of the position across the network. Land may reside in council ownership or central government in some instances.

The extent of the network would put the vast majority of the population of Northern Ireland within reach of a Greenway. Villages, towns and cities on the routes would have access to a quality path linking urban environments quickly into the countryside, much like the Comber Greenway, Lagan Towpath or Newry Canalway. It would provide safe space for family cycling, which is a difficult proposition on Northern Ireland’s busy road network. The greater use for the Comber Greenway and Lagan Towpath would be by walkers and joggers, and the example of the Lockkeeper’s Cottage shows how public leisure space can encourage hospitality business development, in turn encouraging greater uptake of leisure activities.

There are a number of benefits to considering opening these former lines as Greenways. A full network, crossing Northern Ireland, would have the advantage of being a ‘signature’ tourism project. Potential tourists looking for an active cycling touring holiday could be enticed by a wide ranging safe network to our main tourist nodes. Freely available traffc-free space linking towns and villages would have the potential to encourage walking, jogging and leisure cycling, and be able to replace some private car journeys for short distances between towns. Restoring and promoting this particular aspect of Northern Ireland’s industrial heritage has wide education possibilities.

I’ve started a blog to identify each of the possible routes across Northern Ireland, as I’ve struggled to find internet resources which deal with the development potential of Northern Ireland’s former railways. Some references are made in town area plans to potential corridors for new link roads on former trackbeds. But there seems to be a golden opportunity to invest a different form of transport infrastructure. I’m releasing details of each potential route on my blog, with Google Maps satellite imagery showing the routes still clearly visible today, and will consolidate these into a single website proposal once this is complete.

The blog project wlll take a while – to see the full extent of the former network, see this map from 1906 on the Downpatrick & County Down Railway website.

Mention is made in the 9 issue papers of District Council powers to propose long distance routes and “discretionary powers to secure access to open country and in relation to creating new paths”. Re-opening the former railway network, with its links between major population centres, and all of Northern Ireland’s major tourist attractions, would seem to be a perfect fit for the intention of the legislation. Easy gradient paths, already cut through the countryside, mostly remaining undeveloped, passing through beautiful countryside – its a gift to tourism promotion.

The forthcoming Outdoor Recreation Action Plan should include a proposal for further investigation of the former railway network as potential leisure space. The current economic difficulties are a major problem for major infrastructure projects. I’m sure CAAN would be more than aware of the land access/environmental issues in trying to develop this type of path network, and the reorganisation of local government may delay commitments to improving dedicated cycle and walking paths for a time. Different funding sources and community empowered pojects such as the Connswater Community Greenway point to a framework for progress.

I would urge you to consider inclusion of former railway route ‘Greenway’ redevelopment as a recommendation in the new plan. This can trigger a debate among stakeholders and local communities. A Northern Ireland Greenway network has the ability to help in the fight for healthier lifestyles and tackle obesity levels, widen participation in outdoor activities, bring communities together, provide quality public recreation and education space, and to pay back in to the Northern Ireland economy through active tourism spend. At the core it’s a very simple idea, which intrigues me, and I hope that CAAN can see the potential as well.