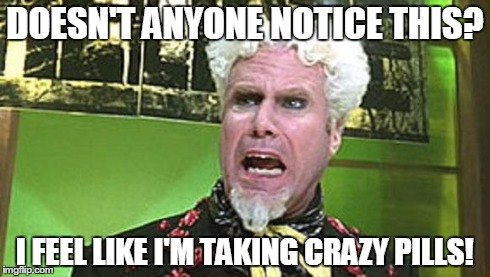 Please consider sending your own views on this issue to DRD before the deadline of Friday 21st September 2012. Details on the DRD website:

More detailed analysis of the impact the preferred option may have on cycling in Belfast:

Taxis in bus lanes a backward step for cycling

I welcome the opportunity to comment on the consultation document. I also welcome the changes to taxi licensing which has brought about this proposal. A simpler system should benefit all taxi customers in Northern Ireland.

I strongly disagree with DRD’s preference for allowing all taxis to access bus lanes. This stems from DRD’s particular understanding of what ‘access’ should mean.

There are two main criticisms of the consultation document and the reasoning behind the preference for ‘Option 3’. I implore DRD not proceed on the basis of flawed reasoning, which does little to account for the potential to impact on cycling levels and accepts that bus journeys will be slowed across the city.

1. Cyclists will be dissuaded from using bus lanes

There is scant consideration given to cyclists in this consultation. As a commuter cyclist for over 10 years, I have relied upon the relative calm of bus lanes as an incentive on my commuting route. Fast cars or stationary traffic do not affect me while in an operational bus lane. Permitted taxis are infrequent, as are motorcycles. Bus drivers are generally respectful and considerate towards cyclists. It is worth noting that most Metro bus services are scheduled to operate at and average of 10mph or less, meaning cyclists mix quite well with buses in Belfast. Bus drivers benefit from a level of training and professional development which is not required of taxi drivers.

However, the new taxi system would mean a vast increase in faster, competitive users of bus lanes. The added pressure of impatient taxis behind me, which the consultation document predicts may be a common (and multiple) occurrence on a typical cycling journey in Belfast, would make me seriously consider giving up cycling to work. I would struggle to justify taking the risk of cycling in a more dangerous road environment. If an experienced and committed commuter cyclist thinks this way, you can tell the policy is flawed.

The study figures which are presented in the consultation point to a potential doubling of traffic within within bus lanes. How is this attractive to someone who wishes to ditch the car and cycle to work?

It is very clear from Belfast urban development trends that separated cycling infrastructure is not on the agenda for DRD, at least not within the next 5 years (Answer to AQW 7074). Cycling development is driven by a ‘bare minimum’ and ‘fit it in where possible’ approach, both in terms of road space and budgetary priority. So bus lanes are marketed as cycling infrastructure, and it seems that advisory cycle lanes and bus lanes are as good as it’s going to get for cycling in Belfast. (See STEM information – headline of 3.6km of new cycle lanes is in fact 1km of cycle lane and 2.6km of bus lanes)

So then why make bus lanes a less attractive option for people who may consider modal shift from private car travel? The one thing that separates cyclists from car, van, truck, bus (excepting motorcyclists) is a perception of personal danger. It is a key barrier to utility cycling. An excerpt from Belfast City Council’s response to the recent consultation on the draft Northern Ireland Active Travel Strategy is instructive. A short council staff survey on attitudes to cycling (and walking) showed that “a lack of adequate infrastructure closely coupled to personal safety issues have been the primary barriers to the uptake of active travel in Belfast” and further pointed to the Department for Transport Local Transport Note 2/08 on Cycle Infrastructure Design which “recommends that traffic volumes and speeds should be reduced where possible to create safer conditions for cycling.”

The preference to allow all taxis in bus lanes flies in the face of these points. However this is not to suggest taxis should be completely restricted from bus lanes. This is where the consultation fails to provide real choice, and confuses two fundamentally separate issues.

2. Taxis do need ‘access’ to bus lanes, but not a full right of travel along their length

The choice of options, indeed the whole direction of the consultation document, revolves around point 7.5.

The thrust of the deciding argument is that all taxis must be allowed access to bus lanes to effectively ply their trade, picking up and dropping off fares in an otherwise restricted area. I fully agree that customers expect taxis be able to stop when hailed, but I am very disappointed by the restrictive nature of the options which DRD presents.

While Option 1 would obviously be of most benefit to cyclists, it must be recognised that it is unfair to taxi drivers.

Option 2 mirrors the present situation. Given the changes in legislation it is an unworkable solution which is open to great criticism and possible challenge. DRD do a disservice by presenting this as beneficial to disabled taxi users. If bus lanes are being identified as a facility which should benefit disabled road users, why are DRD not proposing opening bus lanes to private car owners with blue badges?

Option 3 is presented as the only workable solution. Yet all of the arguments presented in favour are on a very narrow focus – the need and right to access a lane to collect or discharge passengers at the roadside. But option 3 gives taxis much more than this – the full right to travel in bus lanes, as permitted taxis have now.

This would give a non-sustainable form of transport a speed advantage over private cars, while reducing the efficiency of bus services, and scaring cyclists off the road.

What surprises and disappoints me is that DRD do not seem to have considered a true compromise, which fairly balances the needs of all bus lane users – let’s call it option 4. Taxis need access to the roadside on operational bus lanes. They would have this anyway under option 3, potentially delaying other bus lane users during short periods of waiting. I agree taxis should be allowed the right to do this. Taxis however do not need the right to travel the full length of bus lanes, and indeed the consultation presents no arguments why this is necessary.

For the very few occasions (as referenced in the consultation) that a customer hails a cab from a roadside with an operational bus lane, the taxi can pull over to collect, and then vacate the bus lane and merge back into traffic.

Providing this legislative framework would satisfy all needs without the drastic compromises presented by DRD’s 3 options. Enforcement of bus lanes would remain quite straightforward, cyclists would not be put off by faster competitive traffic, and the right for taxis to ply trade would be fairly catered for.

If taxis were allowed full right of travel, about 50% of journeys will be without passengers, with empty taxis rushing to get to the next job (perhaps pre-booked) as quickly as possible. Although now a level playing field, many taxis will still be booked by phone, and this is a very competitive market. Taxi drivers can become impatient when ‘stuck’ behind cyclists, and this can lead to conflict and potential for collision. It is an uncomfortable and off-putting experience for a cyclist to be pressured by fast vehicles in bus lanes bordered by a kerb on one side and stationary traffic on the other.

Please give serious consideration to reviewing the options you have presented, and how ‘option 4’ could be the best compromise.

Finally I would like to ask DRD to listen seriously to the concerns of cycling respondents. Belfast and Northern Ireland suffers from a lack of leadership on cycling issues, and very little information on this consultation has been highlighted by local cycling or sustainable transport organisations to the wider public. The survey you highlight in the consultation shows that cyclists, along with other bus lanes users (save for taxi drivers) clearly do not want to see bus lanes overrun by taxis. It is difficult to prioritise the needs of cyclists when there are no hard targets for uptake, but DRD must recognise the damage which could be inflicted on Belfast as a cycling city if this preference is allowed to proceed.