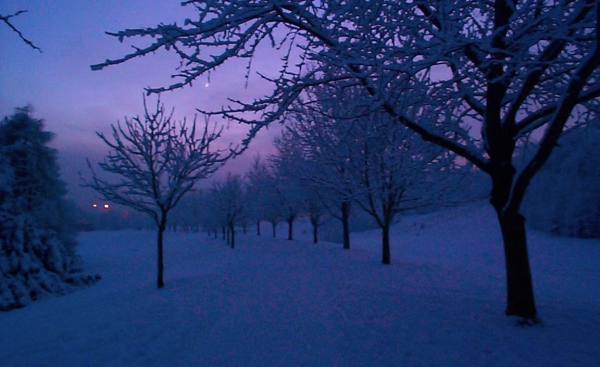 We’re into the season of darker nights in Northern Ireland, and our prolonged warm spell has given way to frosty reality. The growing number of hardy year-round cyclists are into 5 months of treacherous road conditions, dark evening commutes, icy surfaces and seasonal diversions. It’s the time of year when political talk of cycling revolution sounds most hollow, as people travelling on bike are cut adrift when official support is most needed. While we prepare to experience another tough season, what can the authorities do to make winter cycling more desirable here?

For 7 months of the year the opening hours of most Northern Ireland public parks allow evening rush hour cycling and walking. During the winter, our parks tend to close at dusk, with gates being locked as early as 4.30pm in Belfast. This places a barrier to many journeys; long diversions make cycling less attractive. As argued on this blog before, extended opening hours for the Ormeau Park will be a key factor in the success of the forthcoming Gasworks Bridge.

We’re making some amazing investments in greenways, creating genuinely safe cycling routes separated from motor traffic. The Connswater Community Greenway has lept off the drawing board and into the hands of site contractors. But significant sections (Victoria Park, Dixon Park, Orangefield Park) will subject to Belfast City Council opening times. During the recent installation of the Sam Thompson Bridge, questions about access for commuters began to appear:

The spine of this Greenway will be fully lit and suitable for use at times of peak cyclist demand all year round. If pressure is brought to lock sections during early evenings in winter, this would only serve to suppress the potential of city cycling.

London’s Royal Parks opening hours vary, but most open later than their counterparts in Belfast during deep winter darkness – such as Hyde Park, accessible up to midnight all year. Dublin’s Phoenix Park is open 24 hours, with cycle tracks along Chesterfield Avenue. Providing well-lit high quality access across parks for commuting helps to increase travel options for everyone.

Every winter in Northern Ireland, Roads Service do an exceptional job of keeping the “strategic” road network free from ice and snow. Cycling can be treacherous in wintry conditions, with reduced road space and slippery surfaces causing difficulties for all road users. At these times, the traffic-free cycling network becomes even more critical to those who want (or need) to cycle. With Laganside and Foyleside paths as notable exceptions, our greenways and dedicated cycle tracks are officially abandoned to the winter elements.

The Roads Service winter service programme for 2013/14 omitted the cycling network for another year. This is in line with Roads Service’s current criteria; no cycling route can achieve the required volume of traffic to warrant gritting or snow clearing. Barring those willing to risk injury, hard frosts and heavy snow effectively shut down important commuting arteries like the Comber Greenway. This forces people to cycle on dangerous (or slushy) main roads, or add to general congestion by taking to the car.

Recently this dinky little Belfast City Council vehicle has been sweeping up leaves on the Stranmillis embankment cycle track, showing the Council cares about the needs of people cycling in Belfast. 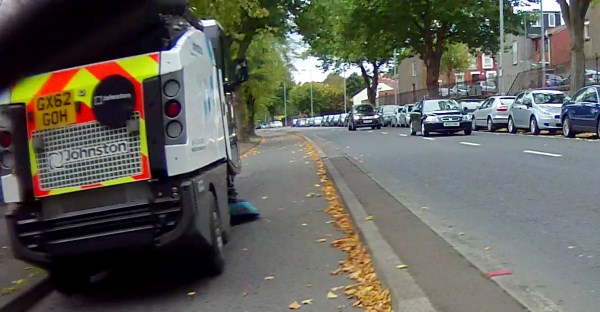 There’s no reason why this can’t be extended to winter service, using the same types of vehicles with modifications. Similar vehicles in other cities (Calgary, Copenhagen, Edinburgh, ’s-Hertogenbosch, Assen – yeah actually anywhere in the Netherlands) clear snow and treat cycle track surfaces with salt to prevent ice formation. Cycle path-sized vehicles delivering pre-wet salt would be a great asset for the local transport network. Providing clear safe routes within urban environments marks out the most progressive cycling cities – where everyone’s journey is valued.

This could be Belfast City Council’s great opportunity to take a lead on cycling, and should be seriously considered as complementary to the forthcoming Belfast Bike Hire system. Putting in place a full winter service to ensure the cycling network remains open and safe through the winter would be an amazing boost to the profile of cycling.

The Comber Greenway “provides local people with a traffic free environment for leisure walking and cycling and offers commuting cyclists a direct and traffic free route from Comber to Belfast city centre.” Except between November and March it doesn’t, for the simple reason demonstrated below:

The urban sections of the Comber Greenway and the Loughshore Path are crucial routes for hundreds of people every day. Even with a strong light, many people simply won’t travel along a dark greenway for fear.

Connswater Community Greenway’s lighting columns will leave the neighbouring Comber Greenway looking slightly out of date. Naturally concerns about environmental impact or anti-social behaviour will be raised, but if one of our main goals is a healthier population then we need the highest quality active travel options. And these spaces are much more than cycling routes – walking the dog, jogging, a dander at night – are all supported by well-lit pathways.

Innovative approaches to lighting may be the appropriate solutions; whether smart low-power LED lighting, solar lights or taking inspiration from Barcelona and devising a motion-activated system to provide power when needed, and leaving the path to darkness when not.

Whether it’s the cold, icy ground conditions, snowfall or darkness, winter tends to see a drop in the number of people cycling in cities like Belfast. But if 80% of people in Copenhagen (with a colder climate) choose to cycle through the winter then anything’s possible with the right investment and planning. People generally choose the bicycle if it’s faster and more convenient than other transport forms. Let’s give real thought to winter needs, eliminate simple inconveniences, and make cycling a prime option all year round.