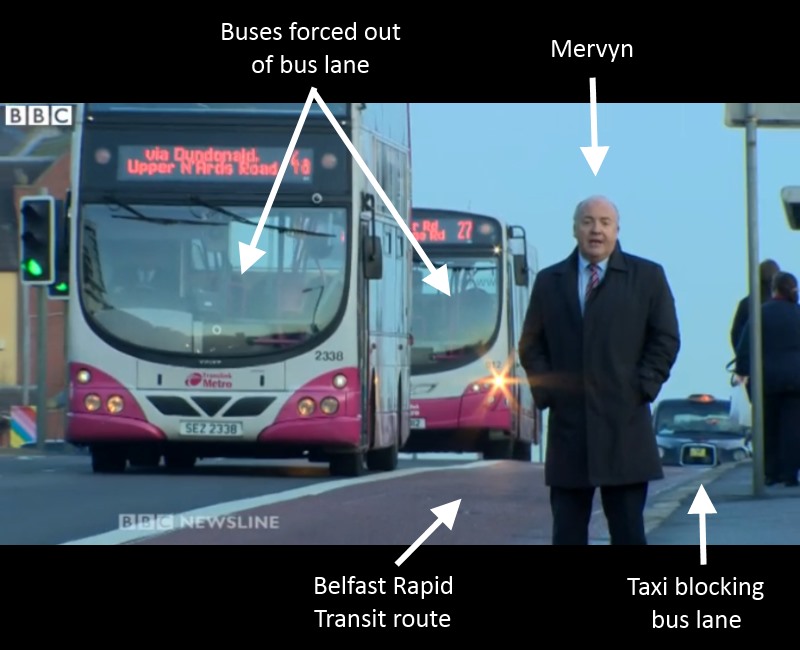 With all eyes on Bus Rapid Transit as the holy grail of Belfast’s transport future, simple measures to encourage cycling as a means of commuting are being ignored, for the sake of a few parked cars.

Belfast residents are currently grumbling about road works in the city centre. This is part of the Sustainable Transport Enabling Measures (STEM) redesign of the streets to accommodate the future bus rapid transit system. Bad enough are the delays associated with traffic cones and reduced road space, but motorists can see the writing on the wall – new bus lanes are taking priority away from the car.