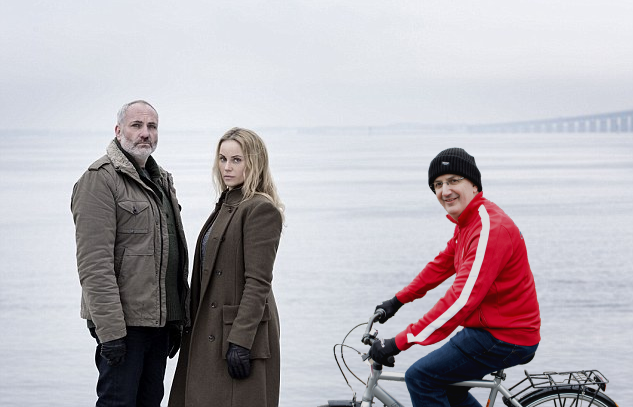 You can vote now in the 2014 Fréd Awards! Over the next week we’ll bring you the stories behind the short lists and those who have been nominated. We start with Cycling politician of the year..

The runners and riders

A sceptical public took the Regional Development Minister’s call for a Cycling Revolution™ in Northern Ireland with a pinch of salt – what good is a promise without actions?

And then came the first signs of action in 2014. A Departmental Cycling Unit was set up with staff, an annual budget and plans for infrastructure funding..

The Minister got his hands dirty and took in a tour of Copenhagen and Malmö to see how cycling can made mainstream, and help to create better places to live..

Why did our Minister visit Copenhagen & Malmö to study cycling, not Netherlands? Hang on.. #TheBridge pic.twitter.com/x4BR05taH6

Not content with getting on his bike in safe environments, the Minister joined Ride On Belfast and even showed an impressive kick to lead out, then drop, the peloton though the rush hour streets of Belfast..

In October the Minister hosted the Changing Gears international cycling conference in Belfast. Delegates expecting a typical Ministerial appearance (photo, speech, out the door) were impressed by Danny’s engaged attendance through the whole day, his target-laden key-note speech and wrap-up..

An impressive year from a politician who is working from no party manifesto commitment to cycling and operating in a space which can easily draw criticism from lobbies hostile to cycling.

Chris has been instrumental in setting up the All Party Group on Cycling at the Northern Ireland Assembly, which he chairs.

In this role Chris helped to organise a number of events in 2014 including an APG round table discussion on how to get NI cycling, and a cycling safari with the DRD Cycling Unit, Travelwise and local cycling campaigners..

Chris has recently moved on to the Regional Development Committee to (among other things) ensure a strong voice for cycling and as the sole MLA representing Belfast constituencies, epicentre of the Cycling Revolution™..

Former Lord Mayor of Belfast Máirtín Ó Muilleoir is the defending champion in this category..

Congrats to defending @thefredfestival Cycling Politician of the Year @newbelfast on his way to Stormont 🙂 pic.twitter.com/vKyJH59TsF

Máirtín’s time in office was a breath of fresh air in many ways, and he unexpectedly embraced cycling over the course of an impressive year. The appearance of a Mayoral bicycle was complemented by a Giro-rosa hi-viz tabard to give a distinctive appearance around the streets of Belfast – indeed Máirtín took to arriving at Mayoral appearances by bicycle..

On the rothar in the Giro pink @sustrans @nigreenways pic.twitter.com/sncMyeJR34

And of course, with the Giro d’Italia in town during 2014, what else would Belfast’s First Citizen do but dye his hair Giro-rosa for the week?

Máirtín has now left Belfast City Council to represent South Belfast at the Northern Ireland Assembly. While the bike may not be heading up Massey Avenue too often, we hope Máirtín will take his new found delight in cycling with him.

Daithí has already landed the first Fréd Award of 2014, as the Cycling MLA of the Year for asking the most NI Assembly questions on cycling..

You can read more about Daithí’s achievements here, but his work goes beyond the halls of Stormont..

A prominent member of the All Party Group on Cycling, Daithí also has a real passion for leisure cycling and commuting – no mean feat as his constituency is about 50 miles from Stormont..

Out doorknocking with @cara_mcshane in Ballycastle this PM before cycling to Ballymoney. #greatexercisecombo #wrecked pic.twitter.com/0D5MZ3TD8K

Although that would be a some daily round trip – this multi-modal commuter makes good use of Translink’s bicycle area..

Can Daithí do a unique double at this year’s Fréd Awards? That’s up to you, the voting public..

Sandra put herself to the fore of the political discussions on cycling in 2014. After becoming Assembly Private Secretary to Danny Kennedy, Sandra has been a valued member of the All Party Group on Cycling and made an important contribution to the NI Assembly debate on a Giro Legacy for cycling..

Bike Week brought opportunities for MLAs to go on a cycling safari from Stormont to Belfast City Hall and back again, where Sandra and others diced with busy lunchtime traffic to get a real experience of the issues for  everyday cyclists..

And Sandra continues to work closely with the Minister and the DRD Cycling Unit to assess the problems for cycling in Northern Ireland..

Pat’s inclusion in the short list for Cycling politician of the Year 2014 might raise eyebrows for those with long memories, but he’s here on merit for some impressive and largely unheralded work during the year..

Pat picked up where Conall McDevitt left off in 2013 by resurrecting the Private Member’s Bill to make 20mph the default speed on residential roads in Northern Ireland..

NI to consider bill for all restricted roads to be 20mph with exceptions. Well done MLA Pat Ramsey @Patramseymla http://t.co/XxMTPXi1Nb

The progress of the Bill will be interesting to watch in 2015.

John’s bid for election to the new North Down & Ards District Council was unlike many others in the 2014 elections – the Battle Bike was key in his effort to meet potential voters..

The different political cultures of the DUP and the Greens – one in a car the other on a bike! #VoteGreen2014 pic.twitter.com/D2oxxPqJA2

After suffering previous disappointments, the bicycle strategy along with his trademark personalised hi-viz tabard saw him romp home.

Not content with putting the bicycle front and centre in the electoral process, John took part in the inaugural Fréd Debate during Bike Week. He valiantly argued for the motion that “Belfast can never become a cycling city”, failing to convince the house (and himself) in the face of his former QUB student Thomas McConaghie’s passion and logic..

Sammy is another politician who’s a genuine everyday bicycle user for many reasons – for health, for quick journeys, or just for the love of it..

We guess its safe to say that @sammydouglasmla is the MLA who makes most trips by bike. #activebelfast pic.twitter.com/kHlKMvq0Va

Cycling isn’t just about commuting, leisure, shopping or racing – it’s an important tool of social cohesion. Sammy’s work with the Ballybeen Men’s Group shows the benefits active travel can have in disadvantaged communities in Belfast..

Although we think this Tweet might be shameless politicking by Sammy – a picture of his bicycle with a cat in the middle of Fréd Awards season?! A canny politician at heart..

Give your favourite cycling politician (from this list or your own choice) a vote in the 2014 Fréd Awards now!