When the former Belfast and County Down Railway closed in the 1950s, the government held onto the land expecting to build the M7 motorway. Informal walkways developed along the urban sections over the decades, and when a sewer upgrade was planned in the 2000s, a full conversion to a greenway was delivered – Ireland’s first “greenway” and (still) the benchmark by which other local schemes are measured. 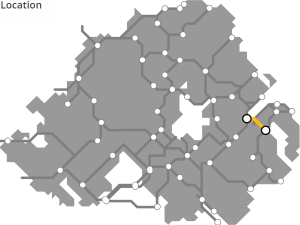 July 2020: Comber Greenway usage up amid calls for an upgrade (Belfast Telegraph)

November 2020: Calls for lights to be installed on the ‘pitch black’ Comber Greenway (Belfast Live)

Dundonald Railway Station, Then and Now…

Belfast and County Down Railway (Wikipedia)

A developing system of urban cycleways to link every part of the city and the surrounding greenway route network. 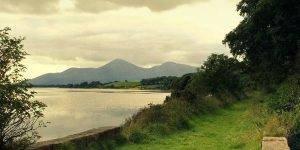 Extending the Comber Greenway route by 55km through Ballygowan, Saintfield, Crossgar, Ballynahinch and Downpatrick to the Mournes. 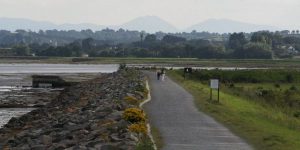 A proposed 9km route between Comber and Newtownards using a combination of railway alignment, roads and coastal defence walls. 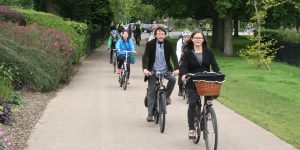 Successful greenway projects are driven by the passion of local people. If you have an update to share, a story to tell about the history of the route or future of the Belfast to Comber Greenway, or if you want to submit a picture or video to this page, please get in contact.